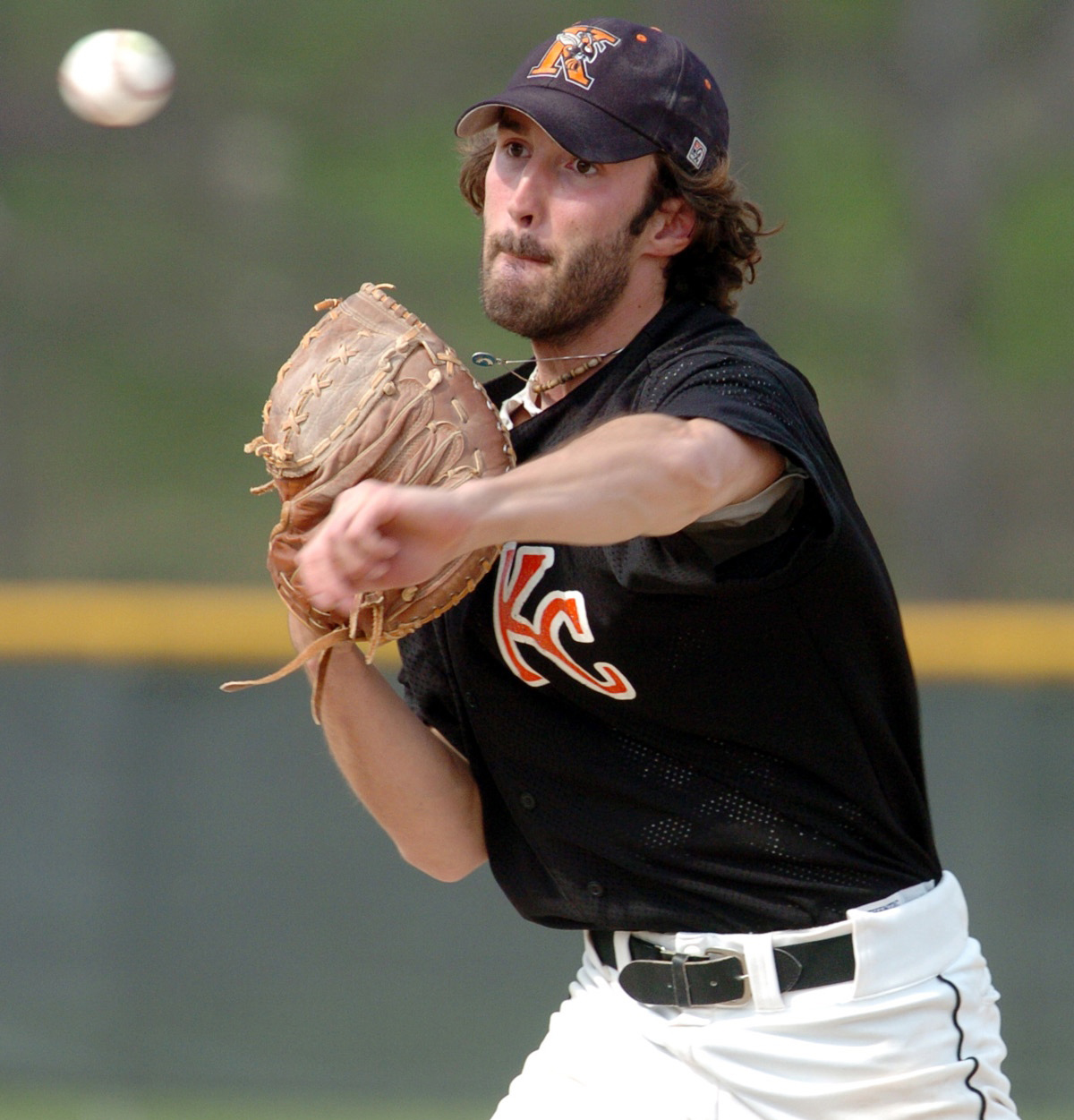 Sometime around the year 1830, somebody, most likely a slave, dropped a tobacco pipe on the grounds of Montpelier, the Virginia plantation of James and Dolley Madison. The pipe’s bowl featured a drawing of Lady Liberty and the word “Liberty.” The next nearly two centuries covered the pipe with dirt and debris, and it remained vanished until it was unearthed in 2017 by, among others, Terry Brock ’04, assistant director of archaeology at the Montpelier Foundation, which is located on the grounds of the Madison plantation, near Orange, Virginia.

Brock finds the pipe bitterly ironic: “The last person to touch that bowl, festooned with its celebration of freedom, was almost certainly an enslaved African-American, one of the more than one hundred slaves owned by James Madison, who was considered a foremost authority on liberty at the time.”

Brock has been involved with excavations at Montpelier since 2010. In the early years, most of his time was spent in the dirt, shovel in hand. More recently he’s transitioned to management. “It’s my job to decide the location and duration of a dig, that sort of thing. And when we find things, I help interpret them.”

While Brock has a full-time crew doing excavations, he also coordinates a variety of other archaeological programs, including a field school where college students from across the country come for ten weeks to assist in the digs. Another program is a series of week-long operations, where folks from all walks of life can live on site and participate in an excavation. “It’s a type of citizen science, and I just love it.”

It is not coincidence that much of Brock’s unearthing efforts are amidst former slave quarters; he’s long been passionate about social justice.

“When I was at K, I was active with gender violence prevention activities,” he says. “I worked with children as an intern at the YWCA Domestic Assault Shelter. I remember an eleven-year-old boy telling me how he had used a knife to help defend his mother from her boyfriend. That’s when I realized that some kids live very different lives than I had.”

Brock’s passion for social justice was evident in his Ph.D. work at Michigan State University.

“My dissertation explored the transition from slavery to freedom experienced by African-Americans in Maryland after the Civil War.”

Today Brock works to locate people in his area who are the descendants of Madison’s slaves. One such person, for example, is descended from a famous male slave who helped Dolley Madison save the famous George Washington portrait when the British burned the White House in the War of 1812.

“That’s an example of how archaeology has relevance to today. Finding an item in a slave quarters, then having it held by someone whose ancestor was a slave: That’s really powerful. And it’s one of the ways to show the humanity of the individuals who were dehumanized by an inhumane institution.”

Another way was the 2017 opening of an exhibition at Montpelier titled “The Mere Distinction of Colour.” Located in the basement of the plantation house, it brings to life the day-to-day lives of slaves, and how their labors allowed the Madisons to prosper. “We put a great deal of work into that exhibition,” Brock says.

Although archaeology has been Brock’s academic and professional focus for the past 15 years, it wasn’t even on his radar when he first arrived at K in 2000.

“Many archaeologists knew that’s what they wanted to do since childhood,” he says. “Perhaps some were inspired by the Indiana Jones movies,” he smiles. “That wasn’t me. I didn’t have any exposure to the field until I came to K, when I went to Rome for foreign study, and when I took classes from [Senior Instructor in Classics] Anne Haeckl. K was my Indiana Jones.

“And the field has been a perfect fit for me. Every day there’s the chance we’ll find something amazing. And I love how archaeology is a team effort. You can’t do it by yourself. As an athlete, its physicality appeals to me. But it is also intellectual: You have to use both your body and your brain.”

He questioned his brain, in a sense, during his K orientation. “The speaker implied that almost everyone coming in had a 4.0 high school GPA and that K would prove even harder. Well, I sure wasn’t one of those high school four-pointers, so that was a little unsettling. But I ended up doing fine.”

Brock also credits the later-in-life influences of two decidedly non-academic K experiences. One was Hornet baseball, which had not yet ascended to the heights of the current program. In fact, says Brock, “We were pretty bad. We had lost 21 games in a row at one point. And yet that long losing streak taught me how to persist despite setbacks, and it taught me a lot about leadership.”

After Brock’s senior season he was voted the MIAA’s second-team, all-conference first baseman.

The second experience was a summer babysitting job for the 8-year-old twins of a K anthropology professor. “We had a lot of fun,” says Brock.

Fast forward to 2015, when Brock and his then-pregnant wife, Ashleigh, went in for an ultrasound. “I remember wanting to know if the baby was a boy or a girl and thinking, ‘Either way, I’m ready for this.’ But then the technician said that he was seeing two babies and we were going to have twins. For only a moment I thought, ‘Oh, I am not ready for that!’ But having spent the summer babysitting those twins really did help prepare me.”

Brock and his family live just outside Richmond, a 75-minute drive to Montpelier.

Although he lives in the South, one of Brock’s most intense passions remains north: the Chicago Cubs.

“Until 2016 one could argue that making me a Cubs fan was the worst thing my dad ever did to me,” he jokes. “I grew up a huge Ryne Sandberg fan. We went to a game last summer for my birthday. I think Wrigley Field is the most beautiful place on earth.”

Looking back, Brock credits K for much of his success and happiness.

“My wife works in higher education, and we’ve both seen how other schools do things. That’s made me appreciate K’s programs and activities and the academic culture there. If we went in to talk to a prof during office hours, we often gained the chance to rewrite a paper, which became an opportunity to get a better grade and, importantly, to learn from mistakes.

“And I got such detailed feedback from my professors, particularly Anne Haeckl. She is the one who convinced me I was capable of getting a Ph.D. She’s been tremendously influential on me, including the chance to work in archaeology.

“Jobs like this one at Montpelier are really hard to find. I can’t imagine how my life would have turned out if I’d have gone to another school.”

For more about Terry Brock, check out TerryPBrock.com and montpelier.org