By Zinta Aistars
Photos are courtesy of Addell Anderson

When Addell Anderson ’78 was a kid, she says, she hated farming. She and her four sisters got up early every morning to work in the fields on the family 5-acre farm in Romulus, Michigan, just outside of Detroit.

“My parents were from Alabama, my mother from Birmingham and my father from rural Alabama,” Anderson says. “He left school in the 6th grade to work in the fields picking cotton. During World War II, he built ships in Portland, Oregon, until he fell from a vessel in drydock and shattered his leg. Then, he heard about jobs in Detroit.”

Anderson’s parents met in Detroit, where she was born. Her father had saved his money as a streetcar driver and became an independent contractor picking up trash in Detroit. He bought a house and took in boarders—Anderson’s mother, a substitute teacher, among them.

“In the late 50s, when I was born, Detroit was going through an urban renewal project, and many black homes were eliminated,” Anderson says. “That’s when my parents moved out to Romulus and bought a farm. My father farmed the five acres he owned along with a couple acres in the next property.”

It was only later in life, Anderson says, that she grew to appreciate those early years on the farm. She learned to work hard, but she also developed a taste for fresh food. When she left home to go to college, she realized the food in the grocery store simply did not have the same flavor.

“Oh, fresh peaches!” Anderson says. “Store-bought just don’t taste like fresh peaches. There are so many varieties of all kinds of vegetables that you simply can’t find in stores. That was eye-opening for me. We had grown up canning and preserving, freezing the food we grew all summer, and Daddy also fished and hunted, so all our food was fresh and full of flavor. It was a disturbing find for me to realize how different food tastes from stores.”

There was no room for a garden in college, however.

Anderson applied to the big schools—University of Michigan and Michigan State University—when she graduated from Romulus High School, but when a close friend happily announced that she had been accepted at Kalamazoo College, Anderson reconsidered.

“Back then, Romulus High School was more of a vocational school with very few black students, and there might have been only about 20 students in college prep,” Anderson says. “I didn’t know about K College, but when my friend was accepted, I thought I would apply, too.”

“As it turned out, my friend ended up at another college, while I was accepted at K. I didn’t know until I got there,” she smiles. “But no regrets. I found that I liked K. I liked that it was smaller, and I liked the community feel. I know it’s an overused phrase, but it’s true—Kalamazoo College became a life-changing experience for me.”

Anderson declared her major in political science, thinking she wanted to become a lawyer.

“Because of television,” she says. “Yeah, I watched all those lawyer shows on television and thought, what an exciting career.”

“I did my career study—that’s what K called it back then—in Philadelphia at a law firm dealing with employment discrimination, and I realized most of law work was doing research and writing briefs, and we rarely made it into the courtroom. Most cases were settled before we ever got to court. I lost interest. This was not what I wanted to do.”

Back in the Kalamazoo College classroom, Anderson signed up for an economics class with Dr. Robert Myers, and she was quickly fascinated.

“And then he threw a paper I had written into the trash can,” she says. “I was shocked. Then Dr. Myers said, ‘This isn’t up to K standards!’ He walked me to the library and gave me an intensive lesson in how to write a scholarly paper. He expected the best and he demanded it. I went from being near bottom in that class to one of the top five students.”

Anderson changed her major, in fact, to economics. Study abroad in Madrid, Spain, further opened her eyes to the world and its possibilities, she says. She traveled around Europe with K friends to see and experience more. Back at K, she joined the Black Student Union. She tried theatre, performed in plays, and realized she had a love for the arts, as well. She got involved in intramural sports, played softball and racquetball, and she learned to swim.

“That’s what liberal arts does for you,” she says. “There’s so much to life. Now I have vast and diverse interests because K opened the world to me.”

Anderson’s education after Kalamazoo College expanded on those diverse interests. In 1980, she earned her master’s in public policy at University of Michigan, and then went on to Michigan State University for a Ph.D. in philosophy, majoring in theatre.

“I was the first Black student to get a Ph.D. in theatre at MSU,” Anderson says.

Anderson’s career followed her diverse interests. She worked as a civil servant for the State government, “cranking out analyses on energy use in Michigan that were never used,” she says. “Facts didn’t matter. I could see it was more about who can do what for whom.”

Frustrated, Anderson turned to theatre and worked as a scenic and props assistant. She taught Black-Hispanic studies at the State University of New York at Oneonta. She returned to Detroit to teach theatre at Wayne State University, then humanities at Wayne County Community College. She worked on economic development in Detroit, was a program director for AmeriCorps, then spent seven years as director at the University of Michigan Detroit Center.

“I’d been working since I was a kid,” Anderson says. “I got to the point that I needed a break, so I decided to take a year off. I bought a piano and took lessons, I cooked a lot, and I started writing a novel.”

Call it serendipity, call it chance, or call it the remembrance of the taste of fresh peaches. Anderson came across a job ad for program director at an organization called FoodCorps Michigan. She read the ad and thought—I’ve done all this. I can do this. All the boxes suddenly seemed checked off. Anderson applied and was hired.

FoodCorps Michigan is part of a national initiative that builds and nurtures connections between kids and healthy food. Partnering with AmeriCorps, the initiative matches AmeriCorps service members with kids in schools, complementing school curriculums with nutrition lessons and planting gardens together with children.

“Whether it’s math or science or art, we create nutrition lessons that can be incorporated into whatever teachers are already doing in the classroom,” Anderson says. “We work mostly with kindergarten through 5th grade because that’s when we can most impact habits that stay with you for a lifetime. We teach children that everything we do is connected to everything on this planet, and it begins with food and food systems. They learn where food comes from, to respect it and the animals that give us food. We teach kids to be responsible about their food choices, not to be wasteful, and how to support our local food growers.”

Race, place and class have too often resulted in health inequities, Anderson says. FoodCorps attempts to even out those inequities by bringing nutrition into the classroom—and into the lifelong habits of the children they teach.

Because everybody should know the taste of a fresh peach. 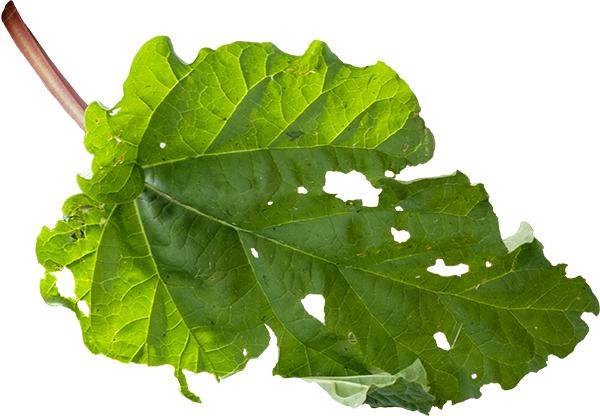